Some sanctioned Russian Facebook accounts are claimed to be active on the giant social media platform. Rumors claimed that they are being used to recruit individuals who can fight for Russia.

Because of this, the non-profit organization called Whistleblower Aid complained to the Justice Department and the Treasury Department regarding the Russian accounts’ activities.

The complaint was led by Joohn Choe, a Facebook contractor who was hired to observe extremism in various platforms.

According to The Washington Post’s latest report, one of the accounts that the ongoing U.S. sanctions should have prohibited is the FB account of Aleksandr Zaldostanov, the leader of a pro-Putin biker group. 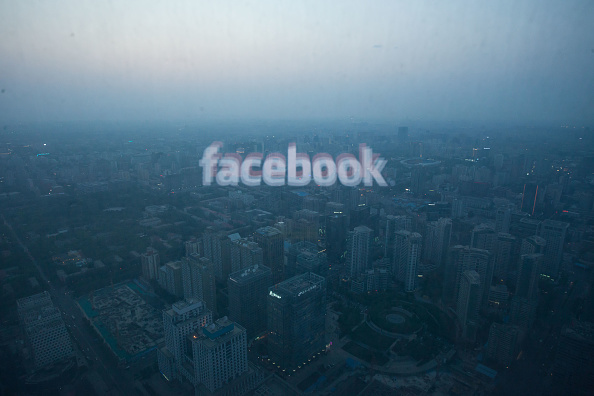 (Photo : Photo credit should read ED JONES/AFP via Getty Images)
A photo taken on May 16, 2012 shows a computer screen displaying the logo of social networking site Facebook reflected in a window before the Beijing skyline. With investors hungry for Facebook shares ahead of a hotly anticipated offering, the social network unveiled a 25 percent increase in the number of shares to be sold at the market debut.

Also Read: Facebook the 2021 Most Targeted Site by Phishing Scams! Around 14% of Fake Pages Copy FB

Right now, his Facebook group Night Wolves is allegedly spreading false propaganda and trying to recruit fighters who will side with Russia.

Since the conflict between Russia and Ukraine seems to worsen, Choe decided to make his complaint public.

“Facebook is knowingly aiding and abetting in the information war that Russia is waging. The social media posts [legitimize] the pretextual basis of this war,” said the whistleblower.

You can visit this link if you want to see further details about the still-active sanctioned Russian Facebook accounts.

Because of the sanctions against it, Russia decided to retaliate by blocking various social media platforms in the country.

These include Facebook, TikTok, and Twitter. Right now, Russian citizens are finding it hard to access Twitter. On the other hand, TikTok users in the country can no longer upload their content, especially after the government claimed that the platform contains fake information about the conflict.

But, NPR reported that other online sites still remain active in Russia, such as Telegram and YouTube. Right now, there’s a possibility that they will be prohibited as well if information issues appear on YT and Telegram platforms.

For more news updates about Facebook and other social media giants, always keep your tabs open here at TechTimes.

Internet outages: Spotify, Discord and more are finally back up

Samsung Galaxy Z Flip 3 Jeans Gets a Dedicated Small Pocket for the Foldable...

Your free PS5 warranty is about to expire, so don't wait around for a...

Google Messages: How to Delete ALL One-Time Passwords Automatically After 24...