Samsung is reportedly throttling the performance of thousands of apps on its various Galaxy devices, which includes widely-used apps like TikTok and Netflix.

(Photo : by JUNG YEON-JE/AFP via Getty Images)
Samsung’s Galaxy Fold 5G smartphone is displayed at a telecom shop in Seoul on October 8, 2019. – Samsung Electronics said on October 8 it expected operating profits to drop more than 50 percent in the third quarter amid a continued slump in the global chip market.

As per a news story by 9to5Google, although the Galaxy devices of Samsung have grown to become a performance powerhouse, it appears that the South Korean giant is now allowing its users to experience its raw performance.

A Twitter user from Korea that goes by the username GaryeonHan exposed thousands of apps that Samsung has been throttling or limiting their performance.

9to5Google noted in the same report that Samsung phones have an app known as Game Optimizing Service that ships with its Galaxy devices pre-installed. 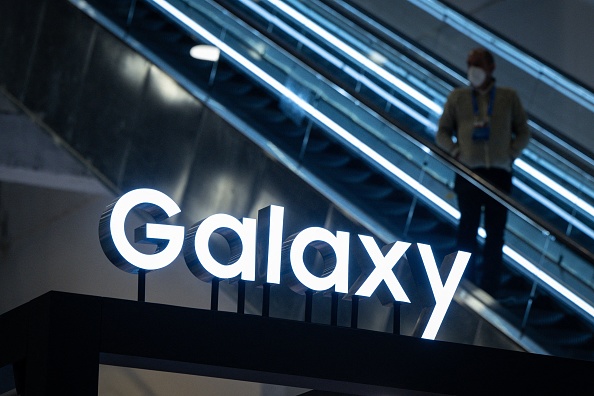 (Photo : by FABRICE COFFRINI/AFP via Getty Images)
A man rides an escalator next to a booth of Galaxy mobile phones by Samsung, a main sponsor of the International Olympic Committee, at the Main Press Centre of the 2022 Winter Olympics in Beijing on January 28, 2022.

The news outlet even noted that the Galaxy S22 + also ships with the system app, and there’s no option to disable it.

The Twitter user, who exposed the throttling issue of Samsung, said that the system app appears to be “optimizing” thousands of apps in Galaxy devices, which even includes those that are not for gaming.

All of the apps that are listed update the Game Optimizing Service of Samsung, their performance automatically being throttled by it.

Some of the widely-used apps that were included in its lists are social media and productivity apps, such as TikTok, Instagram, Microsoft Office, and Google Keep among thousands of others.

Not to mention that it also includes the very own apps of the South Korean phone maker, such as its Cloud, Secure Folder, and Pay apps.

However, according to a recent report by Apple Insider, it is worth noting that the benchmark apps, namely Antutu and GeekBench 5, were nowhere to be found in the list of apps that Samsung is reportedly throttling.

These benchmarking apps are supposed to test the performance of Android and Apple smartphones and tablets, but it appears that Samsung is leaving them out from its throttling activities.

In turn, the benchmark results of Samsung Galaxy devices will not experience any limitation in its performance, showcasing the raw horsepower of its various phones and tablets.

However, when Galaxy device owners are using their phones or tablets, they are reportedly not getting its full performance due to the game optimization service of Samsung.

For instance, Galaxy S22 owners are only getting limited power from the flagship chipset of Qualcomm, Snapdragon 8 Gen 1.

Samsung has yet to explain why it is throttling the performance of thousands of apps in its Galaxy devices.

But 9to5Google noted in the same report that the optimization seems to be meant to preserve the battery life of its devices.

PlayStation to Exclude Some Games as it Expands to PC