Xiaomi’s clamshell foldable smartphone leak suggests that it could be another rival of the Samsung Galaxy Z Flip.

(Photo : by JUNG YEON-JE/AFP via Getty Images)
A woman walks past an advertisement for the Samsung Galaxy Z Fold2 and Z Flip smartphones at a Samsung Electronics store in Seoul on October 8, 2020 as the electronics giant flagged a leap of nearly 60 percent in third-quarter operating profits.

That said, Chinese phone makers are now entering the emerging market of foldable as well. In fact, Huawei also released its version of the Galaxy Z Flip in the flesh of the P50 Pocket.

This time around, though, Xiaomi is reportedly entering the latest craze. It is rumored to be working on a clamshell foldable device.

As per a news story by Digital Trends, the upcoming foldable smartphone of the China-based tech giant, Xiaomi, has been leaked by a famous tipster on Weibo.

The Weibo leaker that goes by the name Digital Chat Station claimed that Xiaomi is currently developing an upcoming foldable mobile device, which will be sporting a clamshell folding mechanism.

The tipster from the Chinese social media platform further stated that the upcoming Xiaomi foldable device will specifically be marketed towards female users.

Digital Trends noted in the same report that it is akin to the strategy of another Chinese phone maker, Huawei, for its P50 Pocket clamshell foldable.

On top of that, the leaker also shared some of the basic specifications that we could expect from this upcoming clamshell foldable device.

The tipster predicted that the Xiaomi foldable phone is likely to be powered by the latest flagship chipset of Qualcomm, the Snapdragon 8 Gen 1, according to the report by GizmoChina. 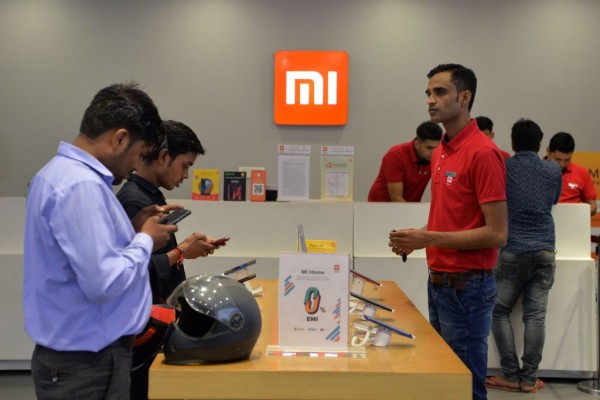 (Photo : by SAJJAD HUSSAIN/AFP via Getty Images)
In this photograph taken on August 20, 2019, customers inspect smartphones made by Xiaomi at a Mi store in Gurgaon.

Meanwhile, the upcoming phone is reportedly sporting a 50-megapixel primary camera. However, details for the other snappers from its rear and front have yet to be unveiled.

What’s more, the display of the rumored Xiaomi foldable is also on a flagship level, flaunting an FHD + resolution and a buttery smooth 120Hz refresh rate.

For the early specs leak alone, it is safe to assume that the Chinese phone maker is positioning the upcoming foldable to be a flagship device.

That said, Digital Trends further added that the upcoming smartphone from the Chinese tech giant could be priced at around $599 up to $799.

On the other hand, the Samsung Galaxy Z Flip 3 carries a hefty price tag to the tune of $1,000. As such, Xiaomi’s version of the device could see a slightly lower price tag, but we could only speculate for now.

Apple Music for Artists Get New Tools and Resources After Website Overhaul — More...

New Liquid Lens Could Enhance Camera Smartphones! Glass-Based Vs. Water-Based Model; Which One Is...

iPhone Zero-Click WiFi Exploit Is One of the Most Notorious Hack...