People now spend more than four hours browsing apps and doing other things on their smartphones. This detail was confirmed by App Annie, an application analytics company.

Based on the company’s new report titled “State of Mobile 2022,” online consumers are using a third of their whole day just to look at their smartphone screens.

“The report provides in-depth analyses for 17 industries and 30 markets and uses an interactive format allowing readers to dive into the rich data and insights,” said the app analytics firm via its official report.

Right now, people can’t easily go out to the public because of the ongoing pandemic. Because of this, they tend to shop and do essential daily activities online.

People Spend More Than 4 Hours on Their Phones

According to Mashable’s latest report, the United States is only the 10th country with the highest usage. App Annie’s new study stated that Americans only use 4.2 hours per day using their smartphones. 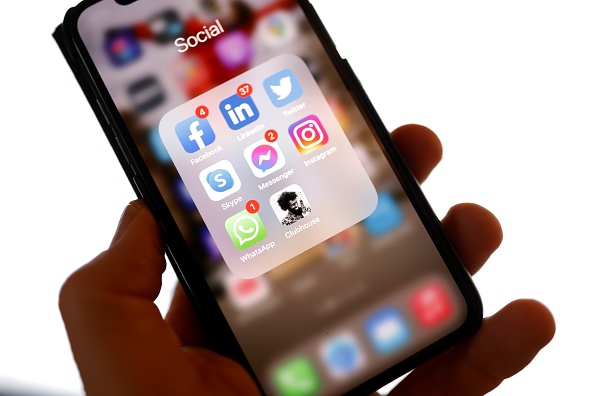 (Photo : Photo by ODD ANDERSEN/AFP via Getty Images)
An illustration photo taken on January 25, 2021 shows the application Clubhouse on a smartphone in Berlin, after Thuringia’s state premier Bodo Ramelow admitted on the chat app to playing Candy Crush on his phone during online pandemic response meetings with German Chancellor Angela Merkel. – Bodo Ramelow, head of the eastern Thuringia state, made the confession.

Meanwhile, the United Kingdom came in 12th, with exactly four hours a day of phone usage. Indonesia and Brazil have the highest app usage since their residents spend more than five hours (5.4 hours) on average.

On the other hand, App Annie claimed that people tend to spend their money on their smartphone apps. These include Apple App Store, Google Play Store, and third-party Android app stores.

The company added that the app expenditure of online consumers grew by 19%, leading to a $320,000 spending every minute back in 2021. This means that the total money spent by app users is now $170 billion.

Effects of Too Much Phone Time

Of course, using your smartphone too much can lead to negative physical effects on your body. These include the following:

In other news, the WhatsApp Android beta update will soon make voice notes into playable backgrounds. On the other hand, a new Instagram enhancement is expected to allow consumers to rearrange their accounts’ posts.

For more news updates about apps and other related tech topics, always keep your tabs open here at TechTimes.

Google halves its revenue share of in-app subscriptions on the Play...