Apple Watch Series 8’s blood glucose monitoring and temperature sensor is unlikely to see the light of day this 2022.

(Photo : by Feline Lim/Getty Images)
SINGAPORE, SINGAPORE – SEPTEMBER 24: Apple Watch models are displayed at the Apple Store at Orchard Road on September 24, 2021 in Singapore. Apple announced September 14 the release of four variants of its latest iPhone 13, alongside other upgrades to its product lineup.

The Apple Watch Series 7 was initially rumored to carry revolutionary health features, such as blood sugar monitoring, along with other health sensors.

However, when the Cupertino giant debuted the Series 7, it only flaunted some design changes that gave the smart wearable a fresh look. But when it comes to its features, there were no notable upgrades seen, as per the news story by BGR. 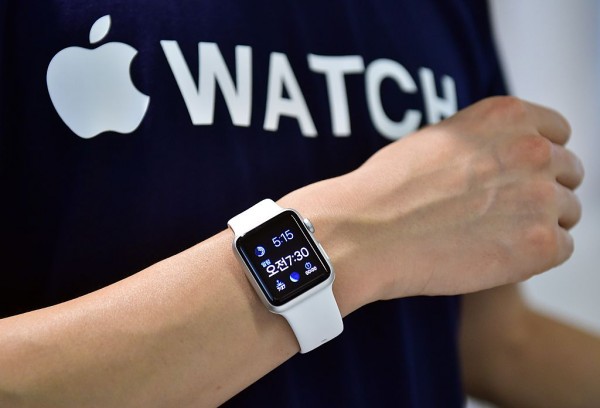 (Photo : by JUNG YEON-JE/AFP via Getty Images)
A South Korean employee shows the “Apple Watch” at an Apple shop in Seoul on June 26, 2015. Apple Watch on June 26 arrived in seven more countries including South Korea, Italy, Mexico, Singapore, Spain, Switzerland and Taiwan, after the US tech giant released its first smartwatch in April in nine countries including the United States, China and Japan.

Not to mention that the latest Apple Watch did not include any additional health sensors, contrary to early predictions, which noted that it is upgrading its health functionalities.

This time around, rumors are hovering over the upcoming Apple Watch Series 8 with the launch of the Series 7 already out of the way, claiming that the iPhone maker is working to make the blood glucose and temperature sensor features for the successor of its latest smart wearable.

To be more precise, last Oct. 26, reports are saying that the suppliers that are working on the upcoming Series 8 are already developing its blood glucose monitoring feature.

However, despite earlier rumors suggesting that the Series 8 is slated to carry the blood glucose monitoring and the temperature sensor features for the Apple Watch, the latest newsletter of Bloomberg’s Mark Gurman, Power On, claims otherwise.

Gurman, who, according to the report of The Verge, has a good grasp of the insider rumors in the Cupertino giant, wrote about the potential health features of the Series 8.

He began by saying that those who are looking forward to the new health features of the upcoming Apple Watch should not “expect any of these soon.”

Gurman went on to disclose that “body temperature was on this year’s roadmap, but chatter about it has slowed down recently.”

On the other hand, he further claimed that the blood glucose monitoring is not coming to the Apple Watch “until later in the second half of the decade.” It means that we will have to wait for three more years for this feature to be added to the wrist device.

On top of that, Gurman also added in the same newsletter that the blood pressure feature for the Apple smart wearable is also “at least two to three years away.”

Related Article: Apple 911: Apple Watch’s New ‘Life Saver’ Ad is Something That Will Make You Want to Own the Wearable

Inside the new Mac mini: Does Apple's M1 architecture really leave Intel behind?

Apple AirPods Max Hack: How to Speed Up Delivery to Get Them a Month...