“Among Us” roadmap for 2022 shares what the players of the hit multiplayer gaming title by Innersloth could look forward to for this year, which includes new roles, a friends list, and the Map 5.

(Photo : Screenshot From Innersloth Website)
Among Us Jumps from 500K to 2M Players After Epic Games MEGA Sale

According to the news story by GamePur, the sought-after social deduction gaming titles still have tons of new features in store for their fans in 2022, which its latest roadmap further reveals.

The news outlet also noted that the first-ever major update of the game since it became the talk of the town in 2020 was on Nov. 9, 2021. The massive update introduced the 15 player support, new roles, and the Cosmicubes.

However, it is worth noting that there are some missing functionalities from the major update last November that its fans have been clamoring about.

As per the report by Nintendo Life, “Among Us” is releasing one of the long due features of the multiplayer game, the friend’s list. 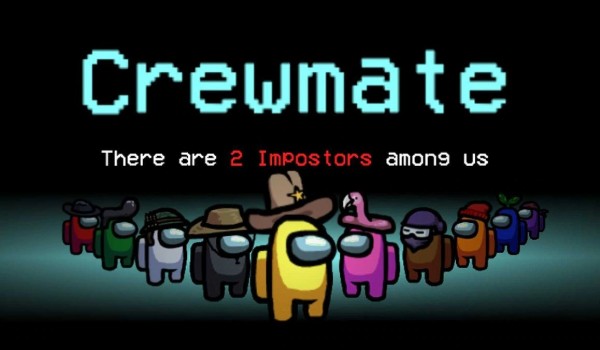 (Photo : (Photo by @marvelusbucky/Twitter.com))
mcu characters as among us struggles; a thread.

On top of that, the team behind the multiplayer game also shared that they are focusing on improving the quality of life before anything else.

In a blog post, the Among Us team acknowledged that the players of the game have long been “asking for a Friend’s List for ages.”

In 2022, the devs said that the friend’s list “is happening,” noting that its players will “be able to keep in contact with any Crewmates you get along with.”

Not just that, players could also keep tabs with the “greatest enemies” in the game with the new friends list feature. The roadmap further stated that the new functionality will allow its players to “keep in touch.”

‘Among Us’ Quality of Life Improvements

On the other hand, the team behind the multiplayer game also mentioned that improvements are coming to the current features of the gaming title. Most specifically the newly introduced functions from the last major update in November.

The devs of the game admitted that most parts of the user interface of “Among Us” is “a bit confusing,” such as the basic account creation steps, chats, and even the Cosmicube redemption.

As such, the improvement of the overall user interface of the multiplayer game is part of the roadmap 2022 of “Among Us” as well. The devs also went on to extend their appreciation to those who have been patient with them.

Read Also: ‘Among Us’ Will Hit PS4 and PS5 This Year With Crossplay and Multiplayer Features

‘Among Us’ New Roles

In the previous update of the game, it introduced new roles, such as the Shapeshifters. This time around, the devs are planning to add more new roles and cubes.

Aside from that, the roadmap also teased that the game will be joining more collaborations. The official Twitter account of Scream Movies shared a Ghost face skin for “Among Us.”

Related Article: Fortnite’s ‘Among Us Mode’ Made Community Manager Sad for Not Choosing to Collaborate, Copying Game

4 ways Alexa can find your lost phone in the house ...

Instant messaging platform WhatsApp, which has run into some heavy weather in India of late, has been trying to retain its core functionality...