The 2015 Fairphone 2 smartphone finally receives the latest Android 10 Beta updates, making it one of the oldest handsets supported by advanced smartphone software.

(Photo : Photo credit should read JOSEP LAGO/AFP via Getty Images)
Visitors use their mobile devices during the opening day of the 2015 Mobile World Congress (MWC) in Barcelona on March 2, 2015. Phone makers will seek to seduce new buyers with even smarter Internet-connected watches and other wireless gadgets as they wrestle for dominance at the world’s biggest mobile fair starting today. AFP PHOTO / JOSEP LAGO

“Our 6-yr-old Fairphone 2 is being upgraded to Android 10. That’s 7 years of software support!” said Fairphone.

The smartphone creator added that Fairphone 2 is now an industry first for Android gadgets. Thanks to the company’s efforts, its old handset began the Android 10 Beta Testing on Nov. 23.

Beta testing of Android 10 for Fairphone 2 starts today, with the aim to be publicly available in early 2022. But the good news doesn’t end there – for Fairphone 3 and 3+ users, beta testing for Android 11 also starts this week.

This is a major enhancement since Fairphone is well known for its gadgets with less environmental impact than other smartphone models, such as iPhone, Samsung Galaxy, and other high-end brands.

According to XDA Developers’ latest report, Fairphone 2 is not the only old device of the company receiving the next-gen Android software updates. 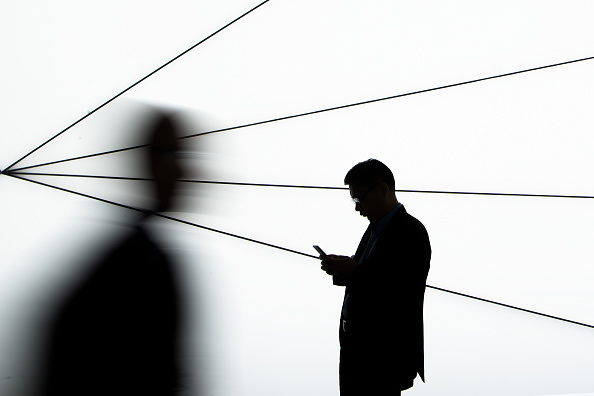 (Photo : Photo by David Ramos/Getty Images)
BARCELONA, SPAIN – FEBRUARY 26: A visitor checks his mobile phone on day 2 of the GSMA Mobile World Congress 2019 on February 26, 2019 in Barcelona, Spain. The annual Mobile World Congress hosts some of the world’s largest communications companies, with many unveiling their latest phones and wearables gadgets like foldable screens and the introduction of the 5G wireless networks.

The manufacturer also announced that Fairphone 3 and Fairphone 3+ would also acquire the latest Android 11 updates before November ends.

Experts explained that although Android 10 and Android 11 on old smartphones are not that impressive, it is still an amazing feat for smaller manufacturers, such as Fairphone.

As of the moment, the company still hasn’t confirmed if Fairphone 2 and 3 consumers can already sign up for Android’s beta update program. But, the tech firm said they would announce more details soon.

Although old Android smartphones don’t offer the same high-quality performances as Galaxy, Pixel, and other advanced handset models, ComputerWorld explained that they are still useful.

If you are one of the people who still own outdated Android mobile devices, here are some of the things you can do with them:

In other news, Google Pixel 6 Series might not have the advanced 30W fast-charging feature. On the other hand, Realme Pad is now considered a cheaper iPad alternative.

For more news updates about Fairphone 2 and other old Android devices, always keep your tabs open here at TechTimes.

Grow your own hydroponic indoor garden with Rise Gardens, CEO says at CES 2021

VPN 2021: Best Deals This June with Massive Savings and Discounts

Sprint 5G is no more, as T-Mobile focuses on its own...

A day after formally completing the sale of Boost, Virgin and other Sprint prepaid networks to Dish, T-Mobile is pulling the plug on...