This simply means that the new third-party camera application now offers features similar to Apple’s Macro Mode, which is still exclusive to its iPhone 13 lineup.

(Photo : Photo by Justin Sullivan/Getty Images)
An attendee looks at a new iPhone X during an Apple special event at the Steve Jobs Theatre on the Apple Park campus on September 12, 2017 in Cupertino, California. Apple held their first special event at the new Apple Park campus where they announced the new iPhone 8, iPhone X and the Apple Watch Series 3.

Related Article: iPhone 13 Pro Max Has an Interesting Feature That is Not Advertised By Apple

Halide’s innovation would surely excite the consumers of the giant smartphone maker, especially those who love photography but don’t have the budget to purchase the latest models. But, it still has some limitations when it comes to compatibility.

As of the moment, the Halide Mark II Pro Camera application is only compatible with iPhone models that have the so-called Neural Engine. Since this is the case, the new version of the camera app can only be accessed by consumers owning iPhone 8 and newer models.

According to MacRumors’ latest report, Halide’s own version of Macro Mode would check which one of your iPhone’s camera lenses can capture the closest photos. It will ensure that this camera can offer the most HD close-up image. 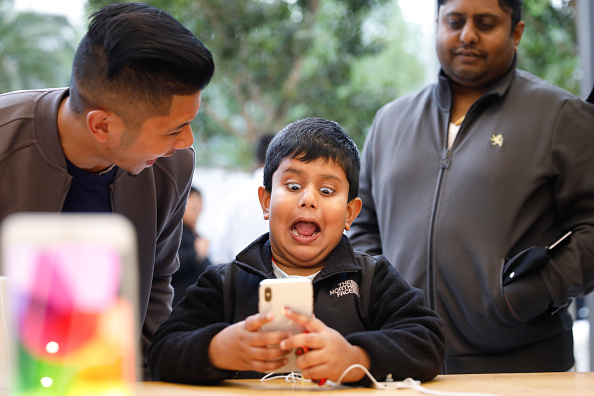 (Photo : Photo credit should read ELIJAH NOUVELAGE/AFP via Getty Images)
A boy makes faces while testing out the Animoji feature on an iPhone X at the Apple Store Union Square on November 3, 2017, in San Francisco, California. Apple’s flagship iPhone X hits stores around the world as the company predicts bumper sales despite the handset’s eye-watering price tag, and celebrates a surge in profits. / AFP PHOTO / Elijah Nouvelage

Once it identifies the best camera lens of your Apple device, it would then offer ultra-precise focus control down to the sub-millimeter. This would ensure that your smartphone’s captured close-up photos are comparable to those offered by the newest iPhone 13 models.

After that, Halide Mark II Pro Camera will integrate an artificial intelligence image enhancer to make your images more HD or sharp. Owners with old iPhones are not the only Apple consumers that can take advantage of the new app.

The third-party camera application provider also stated that its new app also works with iPhone 13. The new Mark II Pro Camera can stack up with your device’s own Macro Mode feature, allowing you to have sharper close-up photos.

What You Need To Know About Halide Mark II

If you want to install the new version of Halide’s popular camera app, all you need to do is visit the official Apple Store.

But, you need to know that Halide Mark II Pro Camera is not free.

“Please note Halide is not free. We offer a 7-day free trial for annual memberships. Don’t like subscriptions? You can also buy the app outright with a single in-app purchase,” said the company via its official Apple Store statement.

However, those who own the predecessor of Halide Mark II can upgrade their app for free.

For more news updates about Halide and other third-party Apple apps, always keep your tabs open here at TechTimes.

Apple MacBook Pro Notch for the M1X, M1 Max is a Way to Maximize Space for More Content

Microsoft may be developing its own, in-house ARM CPU designs

The final beta of Android 12 is here: What's new, and what's broken

Exclusive: PS5 restock at Sony Direct was the largest ever with...

Exclusive: The latest PS5 restock at Sony Direct was Friday and it was the largest ever, according to our exclusive data of PS5...