Facebook has a new whistleblower that remains unknown to the public but claims the same allegations by Frances Haugen, saying that the company compromises safety for profit. It remains a massive dispute on the court, as Facebook is trying to fight out the legal battle that was put against them as they move forward with implementing new things with their services.

As first reported by The Washington Post, Facebook has a new whistleblower that backs up the allegations thrown by Frances Haugen and supports the statement she initially brought up. Haugen has submitted documents that have shown Facebook to be prioritizing profits over the mental health and safety of people online.

Now, the new whistleblower claims the same allegations and blames Facebook, saying that the company has set aside the experience of its users for profit and stepping up as a platform. That being said, the alleged claims of this whistleblower are now in possession of the Securities and Exchange Commission.

Yes, this is a new whistleblower that has the same allegations, and it has presented a new light on the first claims of Frances Haugen against Facebook.

According to The Verge, the signed affidavit of materials and testimony of the whistleblower shows that there were many claims, and this also includes a report on Russia’s 2016 elections where Facebook was allegedly involved. 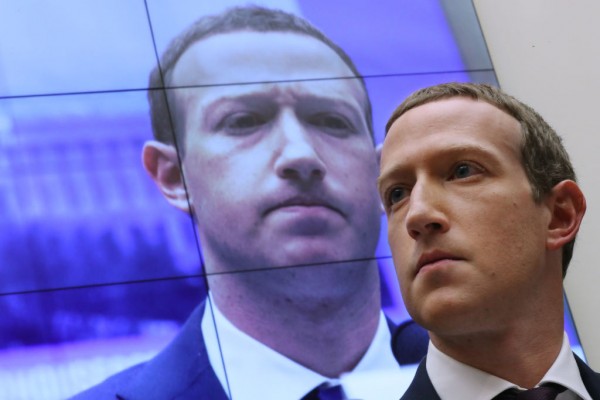 (Photo : Chip Somodevilla/Getty Images)
WASHINGTON, DC – OCTOBER 23: With an image of himself on a screen in the background, Facebook co-founder and CEO Mark Zuckerberg testifies before the House Financial Services Committee in the Rayburn House Office Building on Capitol Hill October 23, 2019 in Washington, DC. Zuckerberg testified about Facebook’s proposed cryptocurrency Libra, how his company will handle false and misleading information by political leaders during the 2020 campaign and how it handles its users’ data and privacy.

No name is here yet, but it was said that it is also to change for the metaverse that Zuckerberg and other teams at Facebook are spearheading for a new shared space via social media.

The new direction of Facebook seems like a new beginning as well, especially as it focuses on Novi, a digital wallet that would soon be host to cryptocurrency.

Nevertheless, its issues are still ongoing, and it has an enduring battle in court with the allegations thrown at them and the regulatory bodies investigating their operations. For now, the new whistleblower adds more evidence to the case and presents a new light to support Frances Haugen’s side and provide more details.

Apple expands Find My network to include third-party devices

Text message scams are on the rise. Here's what you can...