“League of Legends” Patch 11.19 received new Vex nerf changes. The hero adjustments were confirmed after Riot Games claimed that the new Yordle champion was too overpowered.

Can we talk about how perfect and literal a Nightbringer skin with a Shadow would be? Yet here we are… #LeagueOfLegends #Vex pic.twitter.com/b7U4VXZUfi

“Early tuning on Vex today. She came out a bit stronger than we’d like. Targeting her mid-late game burst,” said Tim via his official Twitter account.

His latest tweet attracted a lot of opinions from the Summoner’s Rift fans.

However, some of the gamers in the comment section were not really happy about the sudden Vex adjustments that Riot Games released.

One of them concluded that the emergency Vex nerfs clearly show that the giant title creator is against “LoL” mid-lane champs. But, some fans still shared their experience with the new hero, saying that Vex really did come out too strong because of her insane magic burst damage.

According to Dexerto‘s latest report, Vex was released in the first days of “League of Legends” Patch 11.19. Twenty-four hours after the release, the new Yordle hero already received a 50.67% win rate. 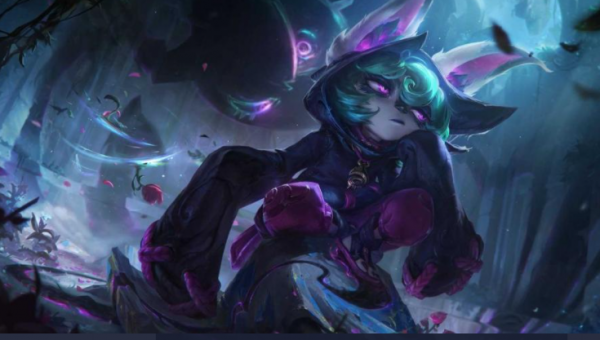 Vex is the most relatable character in League of Legends Riot ever made xD
And her gameplay is so much fun!! Yordles are the best pic.twitter.com/s93I5f4U0I

This is too high since Akshan, another newly released “League of Legends” hero, just received a 34% win rate. But, the OP gameplay of Vex is not fixed, thanks to the new nerf updates of Riot Games.

The new hero adjustments focus on Doom N Gloom (Passive) and Mistral Bolt (Q or First Skill). You can check the actual changes by accessing the screenshot provided by Tim below.

Early tuning on Vex today. She came out a bit stronger than we’d like. Targeting her mid-late game burst. pic.twitter.com/wiylFcVnJS

Although the new Yordle champ is quite OP, you can still use some heroes to counter the gloomy champion.

Vex is mainly used as a mid-lane champion since players are still getting to know her skills and gameplay more. Once they get more comfortable using her, they can now make creative gameplay and new meta lanes.

On the other hand, for those who are not using her in regular and ranked matches, DBLTAP is some of the best champs you can rely on to stop her from dominating the game.

However, you need to remember that Vex could also counter these heroes using the right items. This simply means that their efficiency would still depend on your skills as a “League of Legends” player.

For more news updates about “League of Legends” and other popular strategy games, always keep your tabs open here at TechTimes.

Watch the trailer for ‘First Person,’ a climate-focused series shot on Snapchat Spectacles

From Segway to Google Glass – 7 Innovative Devices That Started Strong, But Died...

Top 5 smartphones for business professionals in 2020

Here are five smartphones to consider the next time you're shopping for a new mobile...