Transferring data from an old iPhone to a new model is quite challenging, especially if you don’t know the easiest method to do it.

(Photo : Photo by Cameron Spencer/Getty Images)
SYDNEY, AUSTRALIA – SEPTEMBER 19: The iPhone 6 Plus and iPhone 6 are compared at a Telstra Store on September 19, 2014 in Sydney, Australia. Australian buyers have the first opportunity to purchase the device because of the local time zone, which is several hours ahead of the United States and other parts of the world.

Right now, Apple is releasing new versions of its popular smartphone year after year as consumers tend to look for better devices that could suit their needs more efficiently.

The giant tech manufacturer started to release new astounding iPhone lineups ever since the global COVID-19 pandemic arrived, which forced many people across the globe to stay in their houses to avoid contracting the deadly virus.

Because of this, they have no choice but to rely on their gadgets to avoid getting bored.

Many Apple consumers are trying to pre-order the latest iPhone 13 model since their old ones seem to be a little outdated. If you are one of them, here’s what you need to do once your new iPhone arrives.

According to ZDNet’s latest report, iPhone 13 owners are currently having a hard time when it comes to setting up their new Apple smartphones. 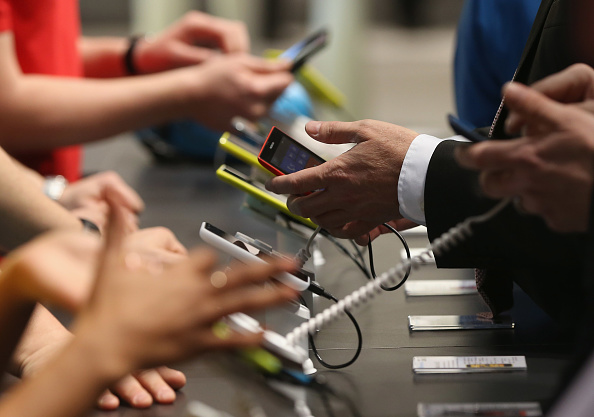 (Photo : Photo credit should read JOSH EDELSON/AFP via Getty Images)
A closeup view of the iPhone 7 Plus’ dual cameras during an Apple media event at Bill Graham Civic Auditorium in San Francisco, California on September 7, 2016. – Apple on Wednesday unveiled two upgraded versions of its iPhone and a new waterproof smartwatch, seeking to reignite growth for the iconic technology maker. The iPhone 7 and larger iPhone 7 Plus.

Also Read: TechTimesLifeHack: How to Set an iPhone Alarm to Know When it is Fully Charged

They are currently experiencing some issues with their iCloud accounts since the servers are usually overused as many users try to move their files and documents from one gadget to another.

Although this is the case, they still have two remaining methods to transfer their data. These include manually installing all their apps and transferring their information, wirelessly or wired, from an old iPhone to a new one.

But, the best feature you can rely on would still be Apple’s Quick Start. To give you more ideas, here’s how you can use it.

How To Use Quick Start?

The official Apple Support page provided a quick guide on how to use iPhone’s advanced Quick Start feature:

For more news updates about iPhone and other Apple gadgets, always keep your tabs open here at TechTimes.

Related Article: How to Compress Videos in iPhone 13 After Using Cinematic Video Feature

Apple MacBook Pro Notch for the M1X, M1 Max is a Way to Maximize Space for More Content

Don't lose your COVID vaccine card. Here's how to store it safely ...

Gmail's Logo New Look: What Changes Made So Far?

PS5 restock update: Best Buy, Target and GameStop – when PS5 will be in...

Fixes for AMD Ryzen performance, other Windows 11 issues rolling out to testers now