New OnePlus 10 Pro renders suggest that the advanced Chinese smartphone could be the perfect all-screen handset model. This is currently a big deal since no smartphone brand was able to achieve the said feature as of the moment.

The OnePlus 9 series smartphones were unveiled in March this year. Considering that the brand refreshes its flagship smartphone lineup every six… pic.twitter.com/fHFefHgPFY

Although this is the case, some tech giant manufacturers were able to release different flagships that have a screen ratio close to a perfect all-screen feature. Right now, most handsets have an 18:9 aspect ratio and thin bezels around them.

However, this physical feature is just a full-view display. It is still not considered an all-screen one. Now, a new leaked concept design of the popular Chinese smartphone brand shows that it looks like a model with the perfect screen display ratio.

Aside from the OnePlus 10 Pro’s display, the leaked renders also revealed that the Chinese phone maker retained the device’s slider for audio modes. The concept design images were first leaked by Jermaine Smit, the Concept Creator of LetsGoDigital, one of the popular design leakers in the smartphone industry.

According to News 18’s latest report, only a few leakers are sharing possible details of the upcoming OnePlus 10 Pro. Although this is the case, most of the information they are releasing helps interested consumers know what is coming to them. 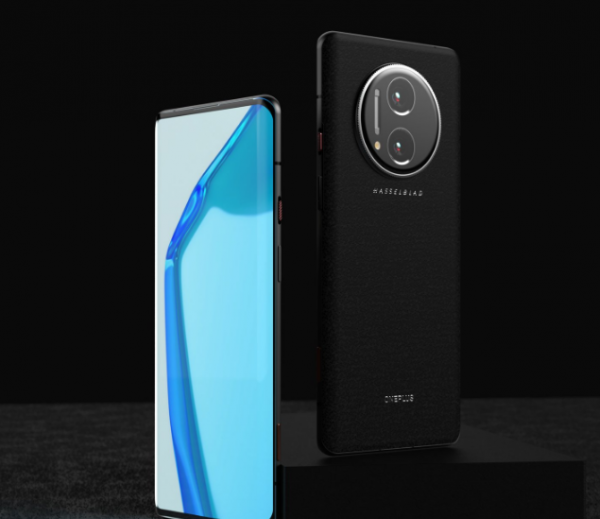 It’s not even a week for the new that OnePlus 9T is not coming..😂
Now we have OnePlus 10/10 pro concept renderd by @letsgodigitalNL 👏 ..
But the this concept was 🔥

One of these is the device’s release date. Gadgets Now reported that the new smartphone flagship could arrive this coming Oct. 22. However, this leaked launch date still depends on the official announcement of OnePlus.

Meanwhile, the leaked renders of the upcoming smartphone brand show that it could have an Honor P50-inspired physical design, which has two big camera sensors at the back, within a circular protruding housing.

The device’s front doesn’t show any front camera sensors or selfie cams. This means that the new OnePlus 10 Pro could have these features under its screen display.

But, before you make any conclusion, you need to remember that these photos are not from OnePlus itself. The leaker from LetsGoDigital only designed them.

NoteBook Check reported that the new OnePlus 10 Pro could have advanced camera features, which could be better than those offered by iPhone, Samsung, and other popular competitor brands.

One of these is the so-called Bionic Lens, which is expected to reduce auto-focus AF latency to 1 millisecond or even less. Aside from this, there could also be Warp Charge 65, Alert Slider, and other high-end functionalities.

For more news updates about the OnePlus 10 Pro and other advanced Chinese smartphone models, always keep your tabs open here at TechTimes.

How To Preorder Microsoft Surface Duo 2? Price, Availability, and More!

Samsung Exynos Vs. Apple A14 Bionic Chip: Can It Beat iPhone 12's Chipset?

Best way to make Android texts and calls from Windows 10 isn't with Google...

Poparazzi hypes itself to the top of the App Store

If Instagram’s photo tagging feature was spun out into its own app, you’d have the viral sensation Poparazzi, now the No. 1 app...