Southeast Asia Esports has given birth to most of the talented professional esports players across the world, who are regularly competing in various international events. These include Faker and other popular names.

(Photo : Photo by MARIA TAN/AFP via Getty Images)
Myanmar players focus during their game against Thailand for the eSports (electronic sports) Mobile Legends Bang Bang matches at the 30th SEA Games (Southeast Asian Games) in Manila on December 7, 2019. – eSports edged further into the mainstream sports world with this week’s debut at the Southeast Asian Games, but the holy grail — Olympic recognition.

Now, various critics claimed that the revenue of the Asian esports could reach a whopping $72.5 million this coming 2024. They explained that this upcoming massive growth would be caused by the rising popularity of affordable mobile-first gaming in the region.

If this is true, then Southeast Asia could surpass other countries when it comes to esports earnings. As of the moment, the Asian region is experiencing a 20.8% of CAGR (Compound Annual Growth Rate).

This information was released by Tencent, Newzoo, and other popular gaming agencies. The new CAGR is twice as high compared to the recent 11.1% compound annual growth rate of Southeast Asia Esports.

According to Tech In Asia‘s latest report, the alleged million-dollar revenue increase of the region’s esports events will happen because of the rising popularity of online mobile titles.

For the past few years, most international online game events focus on PC titles. These include “Dota 2,” “League of Legends,” “Call of Duty,” and more. 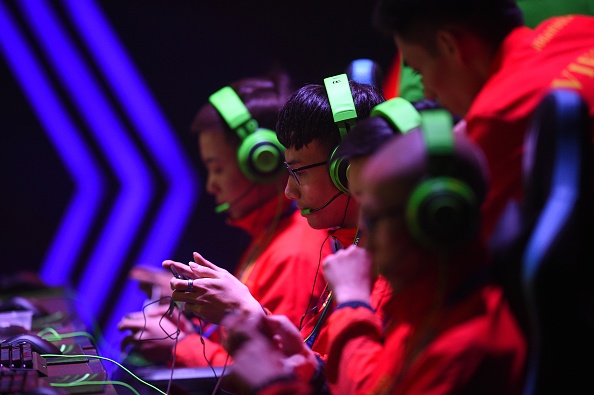 (Photo : Photo by TED ALJIBE/AFP via Getty Images)
TOPSHOT – Gamers from the Vietnam team compete in the qualifying rounds of the eSports event between Malaysia and Vietnam at the SEA Games (Southeast Asian Games) in Manila on December 5, 2019. (Photo by TED ALJIBE / AFP)

As of the moment, around 82% of the total online gamers prefer to play on smartphones. On the other hand, only 39% of them are playing on primary gaming platforms.

Aside from these, Tencent also concluded that Southeast Asia Esports is making online gaming a more reliable career path. However, before you enter this industry, you need to make sure that you have the proper training skills and become one of the professional player competitors.

Should You Now Become a Professional Gamer?

Finding the right game for you is one of the most important factors you need to consider before entering the gaming industry. After that, you must join the proper community, which could help you grow in your preferred title to play.

Aside from this, if you can’t find a sponsor or join management, you also need to spend a lot of money on the required gear, such as high-end PC and other gaming devices. But, there’s no harm in trying. Most of the popular professional gamers started at the bottom. However, they practiced and practiced until they were able to enter esports.

For more news updates about Southeast Asia Esports and other related topics, always keep your tabs open here at TechTimes.

Never buy an iPad in February

Google I/O 2021: Everything Google announced at this year's virtual keynote

The Android 11 update is buggy and missing features

Android 11 hasn't been the smoothest to date. Find out what feature came up missing...