If you are a “Rainbow Six Siege” player, you do not want to mess with cheating or exploiting a wallhack since the game has a Match Replay. While we could only rely on the anti-cheating tool to work its way in eliminating cheaters, some players could be tricky enough to be noticed.

PC Gamer reported that in “Rainbow Six Siege,” cheaters will have a hard time exploiting the system. Oftentimes, the group of cheaters who blend in with the non-cheaters could be conspicuous to spot thanks to the system

Some players appear to be too-good-be-true cheaters since their moves seem similar to the exploiters. In the case of an aimbot or a wallhack, they could easily imitate the actual process.

However, when the Match Replay was introduced last March, those who usually cheat their way to victory can now be recognized quickly. The system works as a replay mechanism of all the recent matches so you could see every move of all your teammates and enemies.

If you are continuously cheating, you cannot escape anymore in this game. The outline of the replays bears a striking resemblance when you are viewing a live stream of the game.

You cannot only track the players who pass through the walls, but you could also simulate how they walk through the opaque obstacles.

There are some cases that cheaters could mimic the normal movement of a player through intentionally missing shots. However, if you have a keen sense of cheaters, you know that their gimmick is only a diversionary tactic.

Even though Match Replay is still in beta, Ubisoft has already established this tool as an effective anti-cheating software. In the case that you encounter bugs while using it, that is normal since it is still in the testing process.

If you spot a suspicious player in the game, you can pass a report on the official support site of Ubisoft. In the future, we could see Match Replay as a way to effectively screen more cheating possibilities from the players. 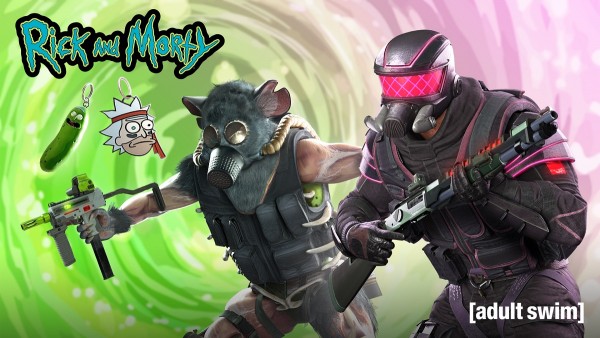 Dotesports reported that Ubisoft will release two Rick and Morty-themed cosmetic bundles on Thursday, Apr.15. This is to serve as a commemoration for the Galactic Federation Gromflomite military personnel as well as season three’s famous episode “Pickle Rick.”

The Sledge Gromflomite Bundle will resemble the Galactic Federation soldier. This will also include Sledge M590A1 weapon cosmetic which has an engraved “Fake Gun Shoot Me in Standoff” sign. Moreover, it has a Seal Team Rick charm, too.

On the other hand, the Smoke Pickle Rick Bundle will feature a Portal Gun skin and a Pickle Rick charm. There will also be a Pickle Rick Rat Suit skin which is similar to Rick’s final form when he ran away from the sewers.

For their prices, it will require 2,160 R6 credits. It is expected that more bundles will arrive this 2021, along with the release of the rumored launch of  the new instalmment, “Tom Clancy’s Rainbow Six Quarantine.”

PS5 restock: Sony Direct sold out in 28 minutes &ndash; here's when to buy it next

AI and Its Takeover of Video Game Graphics: A Closer Look

Where to buy Xbox Series X: all the latest restock updates

Nvidia's cloud gaming platform, GeForce Now, is officially coming "soon" to Australia (as well as Turkey and Saudi Arabia), according to the gaming...