Apple Trade-In Policies have been updated for the iPhone lineup, and it now accepts Google Pixel 4a and 5, along with the Samsung Galaxy Note 20 to be turned over and exchange with its smartphone to get discounts on Thursday, March 25. Purchasing an iPhone and getting a discount is not limited to trading in previous versions of the iPhone, as it now accepts Android phones.

There are certain parameters on how a phone condition can be accepted by technology companies, and be given credit based on its state and age, in exchange for the latest smartphone device in the market. Most trade-ins go way beyond the early barter policies, especially as there were no currencies or monetary values available.

Apple trade-ins before are only allowing iPhones to be exchanged for the latest smartphone, which is an exclusive one, and it gives the company to sell the refurbished phone easily as they do not need to market another device. Moreover, the need to sell it to another retail company or refurbished seller was avoided by the Cupertino company, until now. 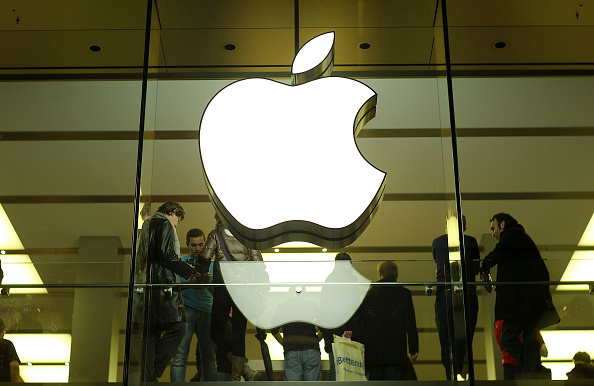 (Photo : Photo by Johannes Simon/Getty Images)
The Apple logo is seen in the Munich downtown pedestrian zone during dawn of the opening day of Germany’s first Apple shop on December 6, 2008 in Munich, Germany. The 226th Apple store is the first in Germany and situated close to famous Munich city center Marienplatz.

According to Apple’s Trade-In website, users can now “turn in the device you have, to the one you want,” and it is accurate, as the company opened up its doors to the trade-in of Android smartphones. The list of applicable Android smartphones is comprehensive, particularly as it presents the value to be discounted as either a direct purchase discount or an Apple Gift Card.

The trade-in website now has an intuitive interface that can make a pre-assessment via the computer and user knowledge on what the smartphone’s condition is, which then determines its trade-in value and discount. This is beneficial for people who are already planning to trade-in their Android smartphones, and even iPhones for a new device.

Other prices can be seen via the Apple Trade-in website and get its model and condition to be pre-assessed by Apple so that users can have an idea of the value of their smartphones before going to the physical stores. The process can also be done online, and have the phones shipped, with the purchase and discount applicable via the Apple Gift Card codes from the assessment.

iPhone 13 cheat sheet: Everything you need to know about Apple's flagship phones

Apple will proxy Safe Browsing traffic on iOS 14.5 to hide...