iFixit conducted a major teardown in Apple’s iPhone 12 Pro Max. The company revealed that the new device has a unique L-shaped battery.

(Photo : Screenshot from Twitter post of @aivanet)
What? iPhone 12 Pro Max’s Battery Has an L-Shape? iFixit Reveals Other Internal Changes You Must Check!

iFixit literally opened iPhone 12 Pro Max and revealed some unique differences in the design of the internals. These include the full extent of the larger camera system.

According to Macrumors’ latest report, the bigger camera system allows the device to have enhanced low-light performance. When iFixit first opened the smartphone, the internal feature that really stands out is the L-shaped battery, which was first integrated into iPhone 11 Pro Max.

However, compared to the previous flagship, iPhone 12 Pro Max’s battery has a more rectangular-shape because it was rumored that Apple used it to offset increasing costs owing to 5G tech.

This device’s battery is currently the largest one in the iPhone 12 series. It provides 14.13Wh, which is higher than the iPhone 12 and iPhone 12 Pro since they only offer 10.78Wh power. 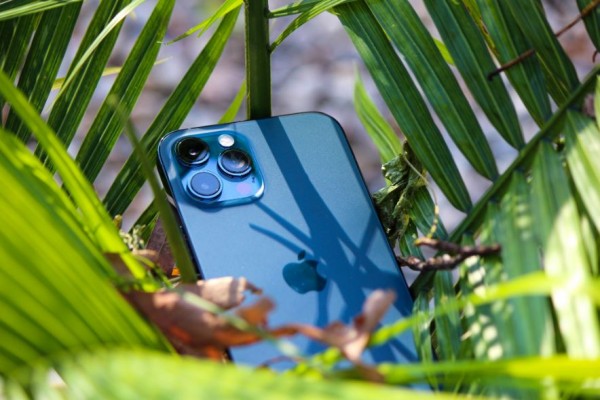 (Photo : Screenshot from Twitter post of @DAVTech_)
What? iPhone 12 Pro Max’s Battery Has an L-Shape? iFixit Reveals Other Internal Changes You Must Check!

My First TRUE IPhone Coverage on the Channel. As an Android User, I looked at this with open eyes and…. the Apple Magic has crept its way into my psyche ️ ️ ️
RTs and Love appreciated!https://t.co/SNBfvrMHx3 IPhone 12 Pro Max: 72 Hours Later with an Android User pic.twitter.com/yZwvYWlnvj — David A. Velez (@DAVTech__) November 18, 2020

Also Read: Apple M1 Chip MacBook Air Vs. Pro: Which One Can Play ‘League of Legends’, DOTA, Other Games ALL Day?

However, iPhone 11 Pro Max still has the upper hand when it comes to the battery, thanks to its 15.04Wh. Aside from the L-shaped battery, iFixit was also impressed with the camera package since it is huge compared to other iPhone 12.

What makes its camera system bigger is Apple’s sensor choice. The company provided an x-ray of the camera package, revealing that the device’s standard wide camera (bottom left in the three) has a larger 12-megapixel sensor compared to other iPhone 12s, around 47%.

The company previously said that new smartphones are suffering from significant display issues. These include green and gray glowing, flickering, and other lighting problems.

Some users are already posting their devices’ issues online. However, although this is a major case, Apple decided to instruct the Authorized Service Providers to not serve the affected users at the moment.

The report explained that the reason behind the order was Apple will try first to fix some of the problems with the iOS updates.

For more news updates about iPhone 12 Pro Max and other Apple devices, always keep your tabs open here at TechTimes.

‘Fortnite’ Chapter 3 Update Leaks New Map Ahead of Reveal, What to Expect on...

The future of domain registration and web hosting

Wrong, Amazon Luna is Not Like Google Stadia, But Will It Play Well With...

The possible reasons Google is moving away from APKs on Android

Google has announced it is moving away from the APK format for Android apps. Jack...