Lucid Air: Everything you should know

At the beginning of the month, California-based automotive company Lucid Motors launched its first vehicle, the Lucid Air electric sedan.

A lot of good traits were seen in this vehicle, some saying it could rival against Elon Musk’s Tesla electric cars. Now, a racetrack source may have just revealed the answer to this question: Which electric car is faster– Tesla or Lucid?

Before we jump into the answer, here’s a quick background of how the Lucid Air will be like.

Tech Times reported Lucid Air model has a lot of similarities with the Tesla Model S specifically. The sedan covers 517 miles of range, can hit a quarter-mile in under 10 seconds, and packs over 1,000 horsepower.

Despite commonalities, The Verge noted that Lucid Air is not a total rip-off from Tesla’s Model S. 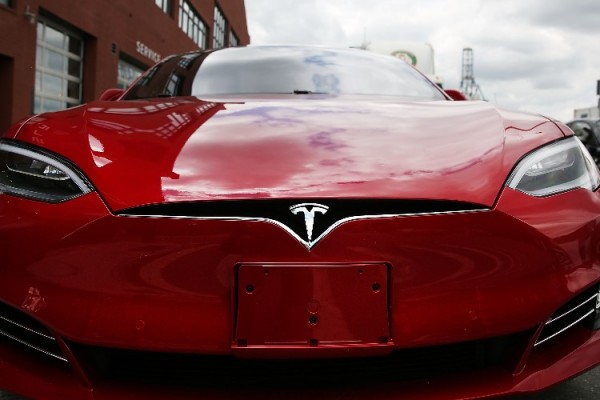 (Photo : Photo by Spencer Platt/Getty Images)
A Tesla model S sits parked outside of a new Tesla showroom and service center in Red Hook, Brooklyn on July 5, 2016 in New York City. The electric car company and its CEO and founder Elon Musk have come under increasing scrutiny following a crash of one of its electric cars while using the controversial autopilot service. Joshua Brown crashed and died in Florida on May 7 in a Tesla car that was operating on autopilot, which means that Brown’s hands were not on the steering wheel.

The Lucid Air may just be new to the industry, but it sure has a lot to offer on the plate. Especially with its horsepower speed recently mentioned in a Laguna Seca racetrack in California.

According to The Kilowatts Twitter page, the Lucid Motor’s electric sedan finishes race for exactly 1 minute and 33 seconds lap time.

Here’s the video footage of the race:

The Lucid Air in the video has a tri-motor setup. To help you with the comparison, The Next Web said that a Model Plaid S model is easily beatable by Lucid Air, since Plaid S was already defeated by a tune-up Tesla Model 3.

The Drive noted, however, based on the video, Lucid Air could actually beat Model Plaid S in horsepower by three seconds, and even quicker than the tune-up Tesla Model 3 by two seconds.

Unfortunately, this record is not considered official since we don’t have any idea what type of speed measurement did the racetrack has done in the video.

Your IoT devices may be vulnerable to malware

TikTok Videos Really Get You Hooked By Tricking Your Brain: Sociologist

Selling on eBay? Use these 5 essential tips and tricks to get the best...