Are you going to buy another man’s phone number for thousands of dollars? If you’re Chinese, you might be. In China, a man gets paid with exactly $325,000 for having the ‘lucky’ phone number. However, it turns out that his number was ending in five 8s, which is also a lucky pattern for the Chinese tradition. Here’s what happened.

How much is your phone number?

(Photo : Photo by Charlie Dang on Unsplash )
Chinese Owns Phone Number Ending in Five 8s Gets Paid With $325,000; Here’s Why

A ‘lucky’ mobile phone number was discovered in China. An unidentified defendant Chinese man owned a phone number that ended with five 8s.

Interestingly, he was in court for a crime that was not specified in the report. His phone number was one of the assets that were collected from him. He didn’t know that his number had a significant meaning for Chinese people.

The defendant received over 5,000 bids from random people to buy his phone number. Over the weekend, the government decided to give out his number for a winning bid of $325,000 in an online auction in Beijing.

Yup, this story is real. 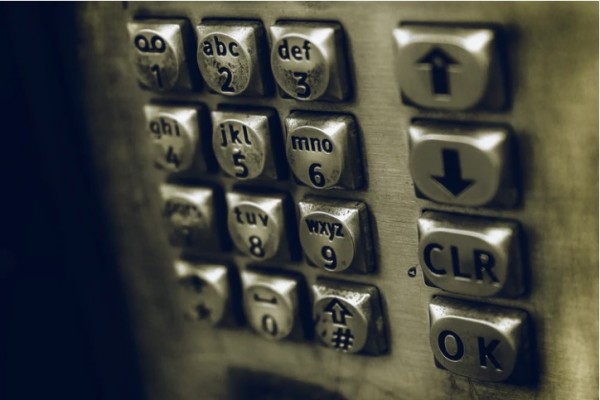 (Photo : Photo by James Sutton on Unsplash )
Chinese Owns Phone Number Ending in Five 8s Gets Paid With $325,000; Here’s Why

If you are Chinese or have friends with the same nationality, you probably know why the number 8 on a phone number is a sought-after number pattern in the country.

According to The New York Times, in Chinese, the number eight corresponds to the word ‘prosper’ or ‘get rich.’

Buying and selling a phone number in the country is no longer a new thing. Most of the considered ‘lucky’ phone numbers usually have repeating numbers. Since the defendant has five 8s,– which is the Chinese luckiest number– it was valued even more.

In the 2008 Chinese Olympics, the sign ‘8’ was very significant and celebrated. The event commenced exactly at 8 minutes, 8 seconds, past 8:00 p.m. on Aug. 8, which is the 8th month of the 8th year of the 21st century, as per China Highlights.

This is how important the number ‘8’ is for traditional Chinese people.

Last year, SCMP reported that a man gets exactly $52,000 for having a number ending with five 5s. However, the richest man who earned money on this setup happened in 2017, with his phone number ended with eight 7s that reached $560,000.

Though having a ‘lucky’ phone number has its financial perks, some users also noticed that these numbers can be a source of spam calls.

And this is what exactly happened on a Chinese buyer of three 8s phone number. The man from Zhejiang, a province in eastern China, was bombarded with prank calls from unknown people.

Later on, he changed his phone number.

How to create and manage widgets on your iPhone or iPad

Where to buy Xbox Series S: all the latest restock updates

Still searching where to buy Xbox Series S? Microsoft's cheaper next-gen console has been popping up at more retailers over the past couple...