Are you experiencing troubles when using your Gmail account? Are you recently using Microsoft’s Windows 10? If that’s the case, you might be a victim of serious problems with the software. Here’s a new warning from Gmail that you should know about.

There’s something wrong with Gmail

(Photo : Photo by Kon Karampelas on Unsplash)
Gmail Warning! Windows 10 Mail Sabotages Emails; Here’s What You Should Do

Over the weekend, June 28, Forbes reported that a mysterious but serious problem is conflicting most of the Gmail accounts these past few weeks. If you’re not experiencing it, there are chances that you are not using the latest Windows 10 software.

Interestingly, there seemed to be a connection with Gmail and Windows 10 with the continuous troubles of the users. Gmail users are claiming that their emails– being sent or received– are being deleted deliberately. When users intentionally find their lost emails, no files or folders have them inside.

One user described his problem and said that “I have been facing an issue with the Windows 10 Mail app linked to a Google account. I have noticed that when I respond to emails, the email I send disappears and cannot be found in sent items, outbox, bin, spam, or anywhere actually. The disappeared email cannot be found on Gmail’s web interface either. It appears that it is automatically deleted and erased from the server.”

He was not the only one that faced the same issue. Some of the users also said that few of their emails are being put inside the ‘Spam’ folder.

Gmail: Its Microsoft’s fault, not Google 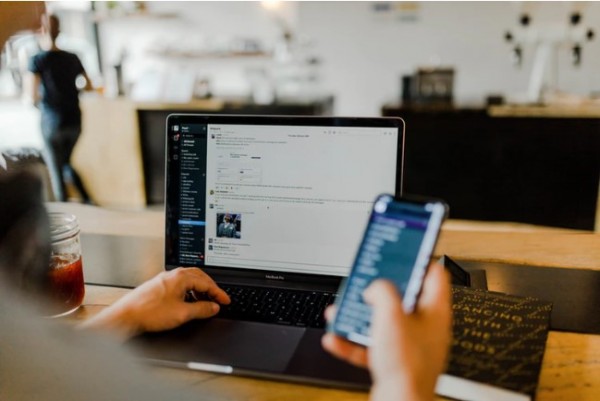 (Photo : Photo by Austin Distel on Unsplash )
Gmail Warning! Windows 10 Mail Sabotages Emails; Here’s What You Should Do

Forbes interviewed one of the Gmail personnel and asked about the issue. However, Gmail said that they don’t have any responsibilities with the problem. They claimed that it was Microsoft’s Windows 10, affecting the lost emails– not Google.

Interestingly, it was also confirmed by a Microsoft Windows Insider saying that, “The latest version of Windows Mail has broken the settings for Gmail.”

Microsoft has not yet officially confirmed that their software made these incidents happened. However, a Windows representative offered a troubleshoot for those users affected.

What to do to stop Windows 10 Mail from deleting your emails?

Here’s the not-fun part of this issue. Since Microsoft nor Google has the solution for your lost emails, we need to depend on the provided troubleshooting guides from its representatives.

To stop this from happening again:

Another thing that you can do, according to Windows 10 representative, “The best way to work around this is to remove the Gmail account from the Mail app and then re-add it manually via the Other Account POP/IMAP route using the IMAP settings as described in Gmail help,” says Phil C, Insider MVP, in reply to a Windows 10 user.

Those are the things you can do for now.

ALSO READ: How to Stop Google From Keeping and Tracking Your Private Data

[VIRAL] Dashboard Video Shows Police Officer is Saving 3-Week-Old Baby: What to Do to...

FireEye, One the Largest Cybersecurity Firms in the US, Claims State-Sponsored Hackers Stole Tools