A Facebook boycott is now being promoted to advertising companies by civil rights groups. The groups accuse the social media platform as a promoter of hate, bigotry, racism, and violence towards other people. This is the reason why they wanted advertisers to stop using Facebook to promote their products. In this way, this will send a message to its CEO Mark Zuckerberg: “Your profits will never be worth promoting hate, bigotry, racism, antisemitism, and violence.”

Civil Rights Groups want Facebook to be boycotted after controversies

A lot of Facebook boycott already happened from the past. But this might be the first time that a civil rights group intentionally messages advertising companies to stop using Facebook for their products fully.

Fox News reported that a group of civil rights organizations has come in one to give a message to Facebook. They explained to advertising companies that most of Facebook’s profits came from them. And if all the companies stop using Facebook for promotion, hate speech, racism, and violence may be lowered.

“Today, we are asking all businesses to stand in solidarity with our most deeply held American values of freedom, equality, and justice and not advertise on Facebook’s services in July,” a full-page ad in The Los Angeles Times says. “Let’s send Facebook a powerful message: Your profits will never be worth promoting hate, bigotry, racism, antisemitism, and violence.”

The group said that over $70 billion per year, are being collected by Facebook from online advertisers. This is the reason why the group targets to message all advertising groups to boycott the social media platform, immediately.

“Our organizations have tried individually and collectively to push Facebook to make their platforms safer, but they have repeatedly failed to take meaningful action. We hope this campaign finally shows Facebook how much their users and their advertisers want them to make serious changes for the better,” said Jonathan Greenblatt, ADL CEO, in a statement emailed to Fox News. 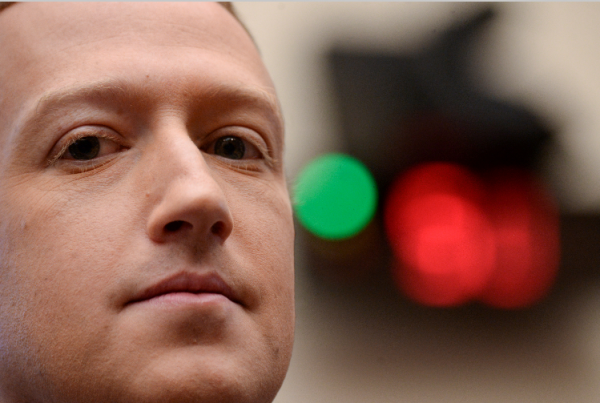 This was not the first time that Facebook got accused of promoting hate speech, racism, and bigotry towards the public community.

At the start of June, CEO Mark Zuckerberg faces huge backlash from the public and his own employees. This was after allowing United States President Donald Trump to post words like ‘when looting starts, shooting starts,’ and sentences ‘glorifying violence.’

Zuckerberg was already threatened by his employees with resignation after they put a ‘virtual walkout’ against the CEO’s decision-making.

Though it sends a powerful message to Zuckerberg’s weak leadership, the CEO still fights with his decision and says that POTUS posts don’t violate any of their users’ regulations on the platform.

The ORIGIN: Blind Maid Will Soon Arrive on Nintendo, Xbox One, PS4, and PC;...

Android Hack: Features You Probably that You Should Have Known

Samsung Galaxy S21's juiciest rumors and leaks: Everything we know so far ...

Google is testing a new feature that will surface Instagram and TikTok videos in their own dedicated carousel in the Google app for...