(Photo : Biljana Jovanovic from Pixabay )
Here are the best Android antivirus apps you can get today.

These handheld devices also typically have their personal details like your banking details and home address. Smartphones could also be used to track down some people, mainly if they use their phone’s GPS all the time. And with the ease of installing apps from the Google Play Store and even third-party websites, it’s easier for cybercriminals to carry out their crime.

That is why it’s also essential to have protection for your smartphone. Thankfully, there are some great antivirus apps you can choose from.

What to Look for in an Android Antivirus App

Here are some of the things you should always consider if you’re planning on installing an Android antivirus app:

Price: If you can find a free antivirus app that already has some great features, then you can choose that. But commonly, antivirus apps have monthly or yearly premiums based on the features you can unlock.

Malware/Spyware scans: It should be able to keep an eye on viruses, malware, and spyware that cybercriminals tend to use against their victims.

(Photo : Bitdefender)
Bitdefender has the best scores in lab tests.

Among the tested antivirus apps for Android devices, Bitdefender Mobile Security has acquired the best scores overall, meaning it could provide tight and excellent protection against anything that could threaten your device: from malware, spyware, and virus. It also provides protection against malicious websites–and it does all these with a very light performance impact. You also get a VPN client that would work with almost any Android browser. Even your privacy is protected with an app-lock feature, Wi-fi scanner, and more.

One thing about Bitdefender, though, is that it does not have a free version. But if you’re willing to get the premium version, it’s available for only $15, which is among the cheapest option. And based on what you get, it’s well worth it. However, if you want an unlimited VPN option, it would be an extra payment and is rather pricey.

(Photo : Kaspersky)
Kaspersky is another great choice with a cheaper premium version.

These days, one of the best Android antivirus apps is the Kaspersky Mobile Antivirus, also known as Kaspersky Internet Security for Android. It has excellent and reliable performance when it comes to malware detection and virus protection. It also features a call blocking feature that actually works. But if you’re simply looking for malware protection, its free version works great, plus it does not have any ads. There are tons of bonus features that you can get, and if you ever want to go premium, it’s relatively inexpensive at $20.

However, the premium versions seem a little stripped-down, especially compared to some of its competitors around the same price point. There are some great bonuses, but it could also feel limited for what you need best. If you also choose to stay on the free tier, it won’t auto-scan the new apps you install. 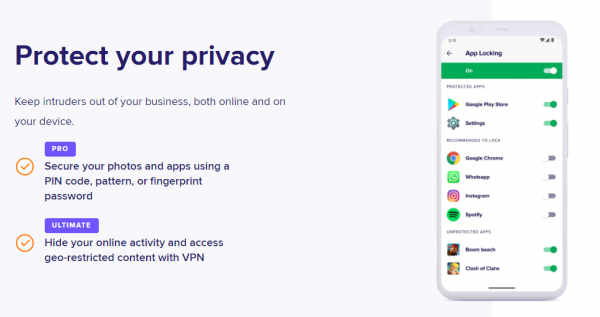 Avast is one of the more known antivirus software, so it’s also among Android users’ common choices because of its name and reputation. In terms of actually protecting your device, it does a great job, especially against malware. It does some scanning and got good results from lab tests. There is also a free tier for people who want necessary protection, so it’s an excellent way to gauge whether it’s indeed the best choice for you or not. There are also a few other features that come with the free and premium versions.

However, if you’re not fond of ads, the free version has tons of that. It also nags you to upgrade. If you upgrade, it is available for $24 and $40, which isn’t a bad price, but it does tend to have unreliable anti-theft features, and the call blocking doesn’t seem to work.

(Photo : Norton)
Norton is among the most known antivirus software for computers and can now protect devices.

Norton has already established itself as one of the best antivirus software for computers and laptops, so when they created an Android device app, it was among the first choices people tend to make. And it’s not a surprise why. Norton has the highest scores when it comes to detecting phishing scams and protecting your devices against malicious URLs you might be visiting. It’s also great at virus protection and has an app checker to see if you’ve installed something you shouldn’t have.

Unfortunately, the Android anti-theft it boasts will be discontinued, so if you’re getting Norton, you might want a backup service for anti-theft. Plus, it doesn’t have a free tier now, and it costs $30 a year. It’s relatively expensive but has some great features. It can cover three devices, so you can maybe share it with family or friends. 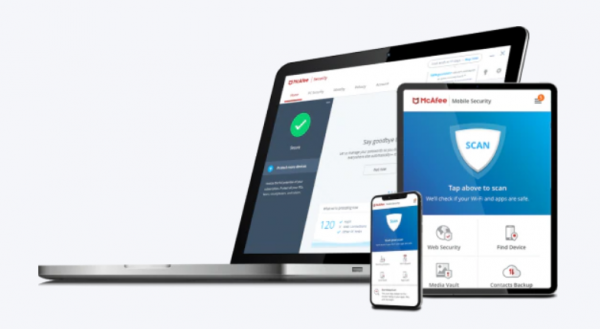 (Photo : McAfee)
McAfee can provide some great protection for your device.

McAfee is an excellent choice for people who want to have the same level of protection for their devices, from computers to Android and iOS devices. Although it does not have the highest score, it still has earned a great spot with its malware and virus protection. It could detect any malicious or fraudulent websites you are visiting. Plus, it has a free tier that already has some useful features, so if you don’t have a budget for an antivirus app, McAfee could still provide your smartphone with adequate protection.

Although it does have a free tier, you have to prepare yourself for several ads. But if you don’t want any ads, you can upgrade to its premium tiers, which are rather expensive at $30 and $80. If you’re paying for the premium, the protection is good but not the best, based on its lab score results when tested.

Related Article: How to Safeguard Your Business When Transferring Files

PS5 Stock Alerts: How to Get Instant Stock Updates and SMS Notifications on Where...

Orca wants to give boating navigation its ‘iPhone moment’

The Best Buy PS5 restock could be today, April 16, with Best Buy offering the new Sony console on Fridays. For the past...

How to Use Android Phones as Webcams for Better Quality Video...