“League of Legends” patch 10.23 will have exciting new skins for your Lucian. The game’s Preseason 2021 testing on PBE has been extended for the past few weeks.

This means that the Preseason will continue until patch 10.23, which releases Lucian’s new Victorious skin. PC Games reported that the ADC is not the only champ that will receive a new look.

Also Read: ‘Cyberpunk 2077’ Pre-Release Tips: Things to Keep in Mind Before You Pre-Order

Zac, and Nasus, the king of top-lane, will also have Battlecast skins. On the other hand, Singed, Yorick, and Jayce will have Resistance skins.

Of course, the next patch will also release some changes to individual champions. Akali, Kassadin, and Sylas were nerfed since their mana levels were increased, and energy costs were decreased.

Meanwhile, Warwick was nerfed, making his mana generation only 7.465 every five seconds. This will make the champ weak since he can’t use his skills just like before, leading to failed ganks.

Getting the shiny Lucian Victorious skin

Since Lucian’s Victorious skin is free, almost every player will do anything to have a shiny look. However, it’s not going to be easy. According to Dot Esports‘ latest report, players still have to finish in Gold rank or higher before the end of the current ranked season on Nov. 10.

If you don’t own the ADC hero, there’s no need to worry. If you ranked Gold, Platinum, or higher, the champion will automatically be added to your account together with the Victorious skin.

If you were lucky or just skilled and was able to get a Gold rank, then congrats! You can now enjoy the Victorious skin. However, you’ll be attacked by your allies if you play bad as Lucian while using the new skin. 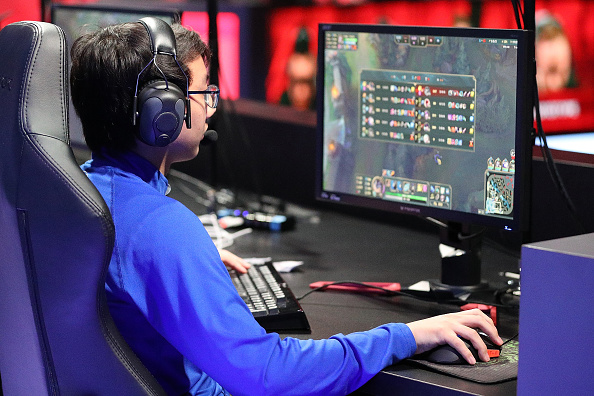 If you don’t want to be called a “skinner,” here’s what you need to do. A Reddit user named u/forkinanoutlet posted the tricks that can help you play Lucian, the ADC who can dominate the bot-lane if you know how to use his dash and passive.

First, you need to know that his first skill (Q) has an effective range of 1,100 units, although it has a 550 cast range. This means that you can still damage champs or creeps beyond the 550 distance.

Second, avoid using your dash in the early game. There are many players who are using Lucian’s dash when chasing a low health enemy. This will only get you in trouble, especially if the other side has many heroes with CC skills.

Third, you need to know when to use his passive. Whenever Lucian uses a skill, his attack is doubled, which is considered the best passive in the summoner’s rift.
The most important rule is to know how to evade enemy CCs. To use Lucian at his best, you need to build items that can easily burst out other champs and give you more mobility. For the first core item, it is advisable to build Youmuu’s Ghostblade since it’ll provide you armor penetration and boost speed when activated.

On the other hand, the best summoner spell for him is flash and heal, flash and barrier, or flash and cleanse. These spells will provide you with an escape and additional protection and remove stuns, slows, or roots.

For more news updates about “League of Legeneds,” always keep your tabs open here at TechTimes.

This article is owned by TechTimes,

How to install the Niagara Android home screen launcher

Shared hosting vs dedicated hosting: Which plan should I choose?

Artie, a startup looking to rethink the distribution of mobile games, announced today that it has raised $10 million in funding. There are some...